Preparing for a visit to Silverstone in 2021

Silverstone race track is based in Towcester in the county of Northamptonshire. The British Grand Prix is a hugely popular event on the sporting calendar and there are plenty of hotels near Silverstone race circuit as a result. The town also boasts a horse racetrack, greyhound circuit and much more.

Luton and East Midlands Airports are two of the closest terminals for those flying in from abroad. Car hire is available at both airports.

The hotels in Towcester get booked up quickly ahead of this huge sporting event but there are a number of popular accommodation spots nearby.

There are plenty of places to stay near the Silverstone circuit catering for a range of different needs and requirements. B&Bs, self-catering apartments and even camping are alternative options as well as dozens of hotels around Silverstone.

Hotels near to the Silverstone Circuit 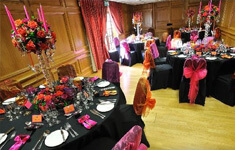 Villiers Hotel, Buckingham
Superb
This hotel is in the heart of Buckingham & is ideal for those spending a few days exploring the nearby area before watching the British Grand Prix 2021. It’s one of the most popular places to stay near Silverstone. It’s an 11-minute drive or under an hour on public transport from the track. It is one of the key hotels near Silverstone race circuit as it offers free parking and complimentary Wi-Fi to all visitors.
UAN 3,301
Tripadvisor.co.uk
Choose 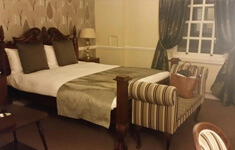 Saracens Head, Towcester
Superb
One of many hotels in Towcester which offer visitors a traditional English experience. Situated in an old converted Inn, it’s one of the most appealing hotels around Silverstone. In the evening, customers can enjoy the traditional bar area or grab some good old fashioned English pub grub. It is a short eight-minute drive from the circuit and is full of charm and character.
UAN 1,926
Tripadvisor.co.uk
Choose 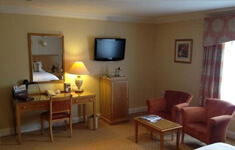 Whittlebury Hall, Towcester
Fabulous
One of a number of luxury hotels near Silverstone race track, Whittlebury Hall offers a relaxing, enjoyable experience for all customers. Located close to the race circuit, it’s one of the most popular hotels around Silverstone and is likely to get booked quickly. It offers spa facilities, traditional English teas and a restful night’s stay in their comfortable rooms.
UAN 2,898
Tripadvisor.co.uk
Choose 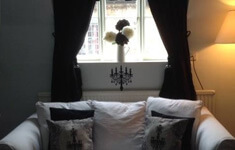 The Bell, Winslow
Fabulous
Another of the popular hotels close to Silverstone, the Bell is ideally located for those looking to absorb local history and culture ahead of the British Grand Prix. This quaint setting is ideal for those who want some time to relax and unwind ahead of the excitement of the race. One of the many hotels near nn12 8tn which gets repeat custom from F1 fans each & every year. It offers luxury rooms with En-Suite facilities.
UAN 2,164
Tripadvisor.co.uk
Choose 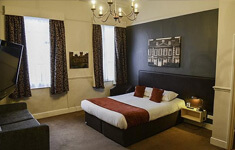 The White Hart, Buckingham
Fabulous
Another one of the most popular hotels near Silverstone which is certain to get booked up quickly. It is located in an impressive Georgian building which is commonplace around this historic area. It is one of the most stylish hotels around Silverstone and is easily commutable to the racetrack and nearby amenities. It offers free Wi-Fi to all customers and parking nearby.
UAN 1000
Tripadvisor.co.uk
Choose 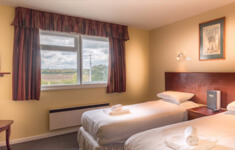 The Milton Keynes Hote
Superb
This establishment is one of a number of cheap hotels near Silverstone which is ideal for those travelling to the British Grand Prix 2021 on a budget. It is a relatively easy commute to the racetrack from the hotel and free parking is available to all customers. It’s a little more basic than many of its nearby rivals but it’s ideally located to explore the local area and one of many ideally located hotels near Silverstone race circuit.
UAN 1,769
Tripadvisor.co.uk
Choose
Plenty of accommodation near to Silverstone

You won’t be short on hotels near Silverstone, there is accommodation available all over Northamptonshire. If you are lucky enough to be travelling over to watch the British Grand Prix 2019, it’s advised to book early as demand will be high.